Interested in working for Alto Data Analytics? Please send an introductory email and your CV to info@alto-analytics.com

Alto’s data scientists conducted an analysis of the Italian public digital sphere conversation with a focus on abnormal high activity users participating in the debate ahead of the EU elections.

Over a period of analysis from January 21st, 2019 to March 7th, 2019, Alto’s team of data scientists conducted an analysis of the public, digital sociopolitical conversation in Italy across multiple digital sources such as Twitter, Facebook, YouTube, Instagram, blogs, forums, and other digital communities. The goals of the analysis were:

Alto data scientists used Alto Analyzer, Alto’s proprietary cloud-based analytics platform, to build and identify the largest communities of users interacting in connection with the Italian public debate. This community was identified in Twitter, and their interactions were filtered for retweets only, in order to perform a topological analysis of the propagation of their messages and content. This resulted in a unimodal network of authors (giant component, edges being re-tweets). To determine the different communities and visually represent the resulting network, Alto’s data scientists applied proprietary clustering algorithms, similar to the Louvain Method for community detection. The visualization below represents the most relevant 195,504 users and the 4,587,724 interactions produced by these users.

Network topology is characterized by network structures with nodes (authors) and edges (lines) which connect them. Alto’s algorithm clusters nodes and edges in order to calculate proximities and communities of users.
The following five key communities emerged from the community detection analysis:

Alto’s analysts identified a group of 240 (0.12%) users demonstrating abnormally high activity. These users produced a total of 718,332 (11%) posts over the period of analysis – meaning at least 42 and up to 168 posts per day. These abnormal high activity users are found to be concentrated primarily in the following three communities: Right and Anti-Immigration (42% of users, 44% of comments), Partito Democratico (34% of users, 31% of comments), and Movimento 5 Stelle (22% of users, 23% of comments).

Alto’s analysis found a growing network of emerging digital media with highly segmented and specific editorial strategies that ranked high in influence among the high activity users identified. Among the top 50 most relevant sites shared by the high activity users, several were identified to have produced or published potential disinformation content over the period analyzed. Several of these domains demonstrate characteristics identified in Alto’s previous analyses that are indicative of sites sharing disinformation. These characteristics include but are not limited to high penetration in their key communities of interest and extremely segmented content focused on specific polarizing themes. Domains such as imolaoggi.it (8th), voxnews.info (11th), ilprimatonazionale.it (16th), and riscattonazionale.org (27th) are examples of relevant sites that were shared with high frequency and achieved substantial impact over the period analyzed. Sites such as cronacapiu.it (34th) and cronacaora.it (49th), for example, became inaccessible in early March, plausibly because they were taken offline – although they did achieve substantial relevance over the period analyzed. The table below shows some of the relevant sites identified in the analysis. Rank indicates the level of influence of the site or domain, the percentage represents to which point the content hosted on that site propagates through the different communities earlier identified and described. A feature of sites with an increased probability of being part of a disinformation campaign, although not the only or definitive feature, is that their content tends to propagate with very high intensity across only one or two communities of users.

Below are examples of some of the most frequently shared content among the identified abnormal activity users. A consistent narrative across this content by the abnormal high activity users is immigration and the alleged criminality of immigrants. Several of these pieces of content cite specific cases which involve immigrants, violence, and unlawfulness in a clear effort to reframe the conversation on immigration along the lines of public safety and crime. 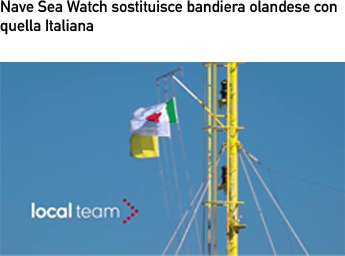 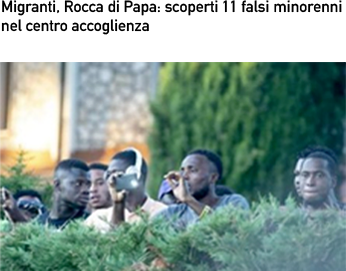 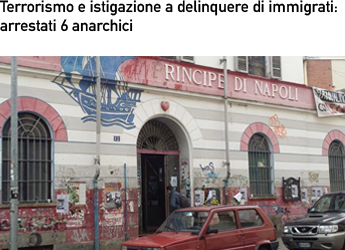 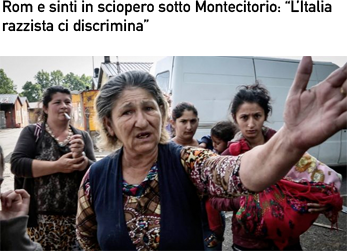 Over a period of analysis from December 2018 to January 2019, Alto’s data science team conducted a previous public digital sphere analysis of the Italian sociopolitical conversation. Read the analysis here: Italy: Digital Public Debate Ahead of EU Parliamentary Elections
Interested in our work? Please contact us at info@alto-analytics.com. To learn more about Alto Analytics, subscribe to our newsletter below.